Smartphone gaming is booming in India, but which games are best?

When assessing the entertainment options for the average Indian citizen in 2021, smartphone gaming is one of the most attractive offerings. In fact, gaming on a small handheld device is booming in the country. From Kanpur to Goa and everywhere else in between, people can't seem to get enough of it.

Thanks to the powerful smartphone devices we can purchase in today's modern world, the gaming options have improved dramatically with them. As such, the games people can download within seconds have reached new heights as innovation continues to grip smartphones and elevate the all-around gaming experience on a mobile phone even further.

The sheer amount of releases worth sampling is growing on a weekly basis too. For augmented reality gamers, creations like Pokemon Go have done down a treat. For some, popular progressive slot games at a reputable Indian casino appeal also. Then, on top of that, there are sports titles in high demand, puzzle games, and brain teaser and training titles which are designed to improve memory and brain functionality.

With Indians turning to a whole host of titles already in 2021, here is a look at some of the best games for your smartphone right now.

Cricket is one of the most popular sports in India, so the success of games like Real Cricket 20 comes as no surprise. Mimicking the cricket experience perfectly, the game offers solid graphics and good gameplay as you aim to bat your way to success. A must-have game for all cricket fans, Real Cricket 20 has 10 million downloads in the Google Play Store at the time of writing.

8 Ball Pool is the world's favourite pool game for a reason. With the option of playing against friends or online players, every game matters as you put your coins on the line and aim to reign supreme in what is a brilliant pool game to sample. The game's potting feature makes it a realistic title to play, in particular. The graphics aren't bad either.

Indian Air Force: A Cut Above 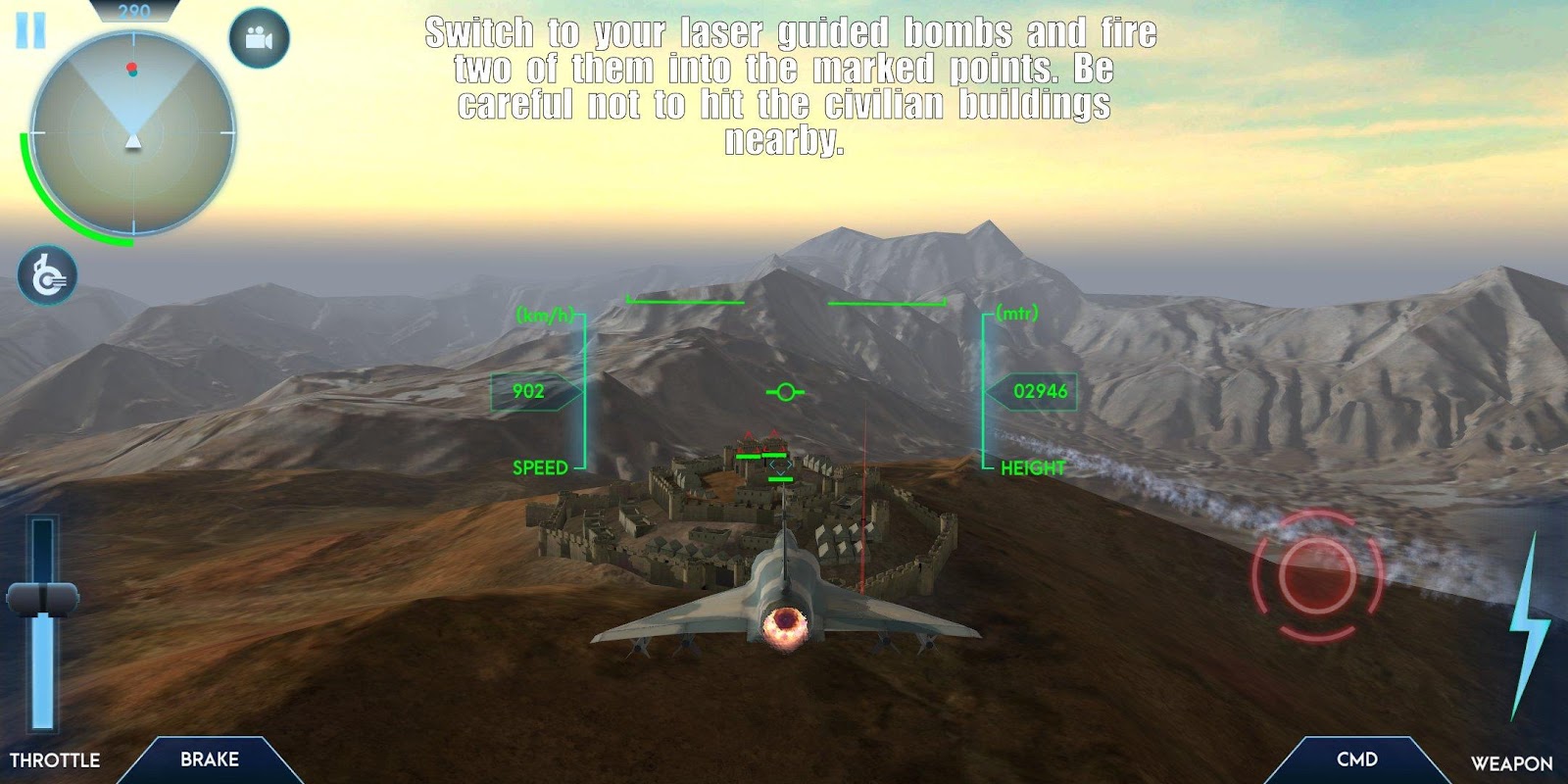 Taking the role of an IAF Air Warrior who is tasked with protecting India's borders and taking down any enemies along the way, Indian Air Force: A Cut Above is a title that illustrates the advancements made in smartphone gaming rather perfectly. Offering both single and multiplayer mode, you can fly your jet around with ease and deploy any weapons at the touch of a button. Escaping enemy fire is hard to master, though, in a game that requires great skill but that also offers up plenty of entertainment value.

At the time of writing, Subway Surfers has an average rating of 4.5 from 27 million reviews, which tells you all you need to know about its success. A fast-paced release where players are tasked with avoiding oncoming trains as they grab as many coins as possible, Subway Surfers is hard to put down once you attempt it. With players all around the globe aiming to set a new high score and beat their previous best, it's a blast to play. The controls are easy to grasp, too.

Merging both racing and wrestling together, WWE Racing Showdown is as crazy as it sounds. Featuring the WWE stars fans know and love, you can race with the likes of Jinder Mahal, John Cena, and The Undertaker as you aim to reach the finishing line first and unlock new racing bikes in the process. A fun title to the session, WWE Racing Showdown is hugely popular at the moment.

While 100% of services are being resumed, public access to the suburban local trains is still restricted.

In a bid to streamline and regulate the increased passenger load in local trains, the Central and Western Railways have decided to resume 100% suburban services in the Mumbai division, starting October 28. Notably, the Railways have clarified that though all services are being restored, the existing travel restrictions for the general public will continue. Only those recognised and allowed by the government and Ministry of Railways are permitted to travel in the local trains, in accordance with the established standard operating procedures (SOP).

Apart from being the festival of lights, family and togetherness, Diwali is also a free pass to devour as many of your favourite sweets as you want! And when it comes to the good ol' Motichoor Laddoos and Kaju Katlis, there are only a few places in Lucknow, that we can trust! Keeping intact our festive sentiments and love for sweets, Ritzz Mithai Vatika has been serving us with its unmatched and unchanged quality and taste for years now. And once again, it's that time of the year when we can indulge in our favourite delicacies from this place, guilt-free!

Diwali is around the corner and one cannot talk of the festivities without thinking about the sweet delights that come along. Be it a gifting option or one to indulge in, we're always looking for those delish treats, wrapped in new flavours to add sweetness to our happy celebrations! And when you've got Lucknow's most iconic dessert connoisseurs curating it all, with a heavy garnish of love and warmth, you sure are in for a lit festival this year.

Read on to know more:

The 16th National Aerobics, Fitness and Hip Hop Championships are all set to take place in Lucknow from 14-16th of January. The championships will be hosted at the KD Singh Babu Stadium. To promote the sport in the state, a new executive committee for the Uttar Pradesh Aerobics Association has also been formed. The UP Aerobics Association has been given the permission to host the event after receiving recognition from the UP Olympic Association.

COVID cases have surged by 46% in Indore

Amid the overall pandemic dip, a new subvariant of the COVID-19 Delta mutation threatens to spill new infections and troubles, especially for the people of Indore. As per a genome sequencing report of the National Centre of Disease Control (NCDC), around 7 cases of AY.4 - a sublineage of the Delta variant- have been detected in the district. Notably, the new mutation is presently a 'variant of interest' and not much is known about its transmissibility, virulence and overall severity.

The use of all 10-year-old diesel and 15-years-old petrol vehicles has been strictly prohibited.

Gearing up for the fight against air pollution, the govt of Uttar Pradesh has decided to set up war rooms in Lucknow, Kanpur and other major cities. The new infrastructure will be set up under the authority of the Road Dust Management and will keep a check on various sources of pollution. As per reports, similar war rooms will also be set up in NCR districts to improve the overall air quality in UP.

The three-coach train covered a distance of 3,900 meters by completing three laps of the 650-meters-long test track.

The Kanpur Metro conducted its first trial run along the depot test track on Monday, ahead of the RDSO trials slated next month. Reportedly, the brand new three-coach train of the Uttar Pradesh Metro Rail Corporation fleet covered a total of 3,900 meters by completing three laps of the 650-meters-long test track. As per the project timeline, the Kanpur metro division is expected to commission public services by the end of this year or early January, next year.

Vaccination drive in UP to get a boost with Cluster Model 2.0

21 facts about Lucknow that will blow your mind!

Sale & use of green firecrackers allowed in Jaipur & other Raj districts