An example of strength & resolve: Begum Hazrat Mahal, the only female sovereign to reign over Awadh

Begum Hazrat Mahal: The courtesan who groomed an army of women and revolted against the British

Lucknow has long been called the 'City of Nawabs'. It is renowned as the seat of the several Tajdaar-e-Awadh (rulers of Awadh), who made the city their capital, forever changing and influencing the city's culture and history. However, it wasn't just the Nawabs who governed our beloved city or the Awadh region. For a brief yet memorable period in Awadh's history, Begum Hazrat Mahal ruled the proud region with the stoic resolve and bravery which earned her the title of being the only ruling Begum of Awadh.

Born in a simple family in (former) Faizabad as Muhammadi Khanum, she was a courtesan by profession who was sold to the nawab's harem and became a 'Begum' who joined forces with Raja Jailal Singh to become a major part of the 1857's freedom of struggle. 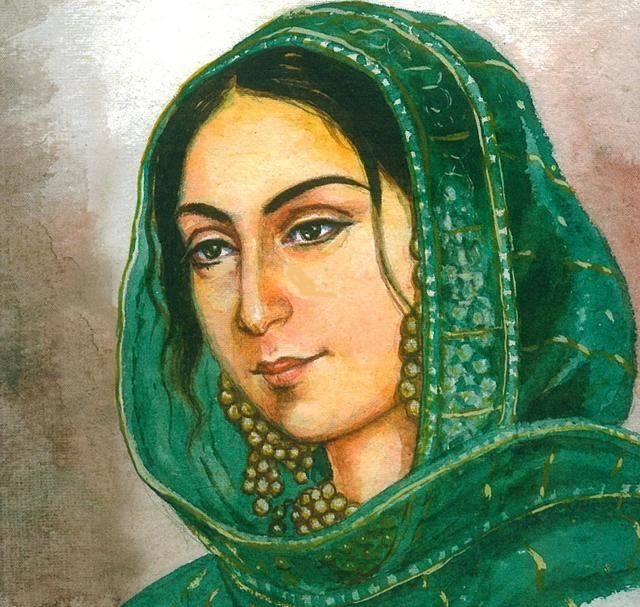 Muhammadi Khanum was sold by her parents as a Khawasin to the royal harem at an early stage in her life. After being a lowly courtesan of the harem, Khanum was promoted to the status of 'pari' (angel) and was called as 'Mahak Pari'. She later became a 'begum' who was accepted as a royal concubine of the last nawab of Awadh- Wajid Ali Shah. The title of 'Hazrat Mahal' was given to the begum after she bore the nawab's son 'Birjis Qadra'.

Though, merely the nawab's partner, the Begum became a real symbol of strength and an ideal of feminism when her husband Wajid Ali Shah was exiled to Calcutta from Lucknow, which became the epicentre of the revolt of 1857.

After the exile of nawab, Begum Hazrat Mahal ruled the region of Oudh and declared her son as the Nawab. She openly revolted against the British, criticising them for their lack of religious freedom. She vehemently disliked the fact that the East India company had no regard for the religious sentiments of Indians, as they tore down temples and mosques to build roads. She even went on to criticise the new bullets which had cartridges made of lard(pig fat) and tallow cow fat), one forbidden in Islam and the another in Hinduism.

Begum Hazrat Mahal even raised an army of women, much like her counterpart in Jhansi- Rani Laxmibai, and fought the British. Though during the siege of Lucknow, when the British re-captured Awadh, the Begum was forced to run into exile in Nepal.

The one and only female sovereign of Awadh, Begum Hazrat Mahal, ruled the region for a short period of two years, from 1856 to 1858. Begum Hazrat Mahal and the females of the time lead a rebellion, becoming the sign of strength, fierceness and women power way before the women's movement became a thing. Here's saluting the first and last Begum of Lucknow and all the females who bonded together with a dream to be free.