In a miraculous surgery in Lucknow, a rare kind of kidney transplant took place. It was considered to be one of the most challenging surgeries owing to several complications. The surgery took place in Apollomedics Super Specialty Hospital, a well known private hospital in Lucknow.

The surgery was considered to be rare and one of a kind mainly because of the different types of blood transfusions that took place. In this case, both the donor and the recipient had blood from different blood groups. 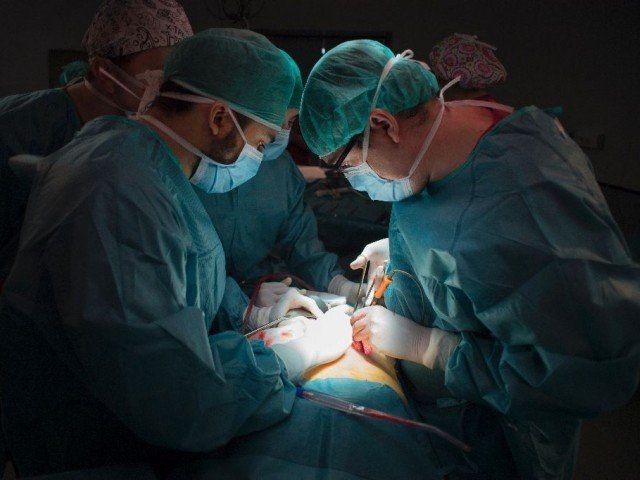 The surgery, also known as an ABO incompatible case, was performed by a team of doctors at the Apollomedics Super Specialty Hospital in the Uttar Pradesh capital.

The doctors operated upon a 34-year-old patient from Basti district. The patient, who's blood group was O positive, took a kidney from his father, aged 64, with the blood group B positive. The donor was also suffering from a lung ailment, which created further challenge towards the surgery's success.

Though both of them had different blood groups, the kidney transplant was successful, and that's what was the groundbreaking achievement.

The surgery was performed by Dr Kumar, along with urologists Dr Rahul Yadav, Dr Aditya Sharma and Dr Manish. Dr Yadav stated that the success rate of such surgeries ranges from 50% to 90%. The deciding factors vary from the experience of doctors to the training of staff and the quality of equipment available.

For the uninitiated, the average cost of a kidney transplant averages to around ₹5 lakh. However, in an ABO incompatible case, the costs could go up to ₹8 lakh, depending upon the situation of the patient.

If you had some fears about the medical facilities in Lucknow, this piece of news should really get you up. The doctors have really pulled through and have completed this miraculous surgery. The recipient of the kidney is now living a life like before.

Lucknow is most famously known as the city of Nawabs. The name, though many think is given to the city because it was ruled by the Nawabs for many years, is more so because of the impact the Nawabs had on Lucknow's culture and its common life.

February and March are months that see a lot of events in the city. From weddings to parties and even cultural celebrations, you can expect the two months to be quite happening and over the top. Which also means, you can never be sure of when a loudspeaker will be turned on! Now this is a huge problem because February and March are also the months during which students take their board examinations. However, UP Police's new service lets you tackle this and how!

Lucknow, much like other cities in the country, has pretty bad traffic. The roads are brimming with vehicles which means that most roads in the city aren't pedestrian friendly. The roads are mostly choking with vehicles trying to rush past each other and reach their destination with warp speed and those on foot are left trying to navigating their way out of the chokehold.

7 reasons why we fall in love with Lucknow every single day!

Lucknow as a city is inherently romantic. Though, we instantly start thinking about romantic relationships when we talk about romanticism, yet romance as a concept is entirely different. You can find romance lurking at every corner, even in instances of daily life. From the flutter of a lacey curtain on a quiet evening to the way the sunlight hits the small swing-set on your balcony, romance can be found if you look for it.

Chuck flowers, this V-Day get Bae some exotic desserts & bouquets from Walnut in Lucknow

February is here in all its glory! The month of spring, love and (most importantly) the Valentine's week is finally here. So if the love bird in you is tittering and you want to find a good gift for your significant other, we have you covered.