Dastan-e-Hazratganj: The story of Lucknow's heart, a relic of its glorious past & a hub of activity

'Ganjing' as we so fondly call the mix of retail therapy and indulgence in good food has become the most fitting way to describe the unique beauty of Hazratganj, a place where life is full of splendour, relaxation and calm.

Whenever a tourist, friend or family visits the city, Hazratganj is the first place a localite recommends them to visit. The term 'Ganjing' is something every Lucknowite is familiar with. Though most outsider assume we're talking about a little bit of 'retail therapy' when speaking of 'Ganjing', the term imbibes a unique experience of staring longingly at old-timey buildings, indulging in some delicious Lucknowi food and maybe a little shopping on the side.

A Lucknowite talks about 'Ganjing' with a distinct endearment in their hearts, with glazed eyes and big expectations. Yet, it can't be shopping and food that make us go all warm and fuzzy inside and if it were so, why just 'Hazratganj', why not the newer shopping hubs? The answer is simple, Hazratganj to this day stands as a relic of everything Lucknow loves, its history, its glorious past, its love for food, the stunning architecture and lanes that have the power to transport you to a different era.

So here's shedding some light on how Hazratganj came to be the epicentre of everything 'cool' in the city and what it has come to signify for the modern Lucknowite. 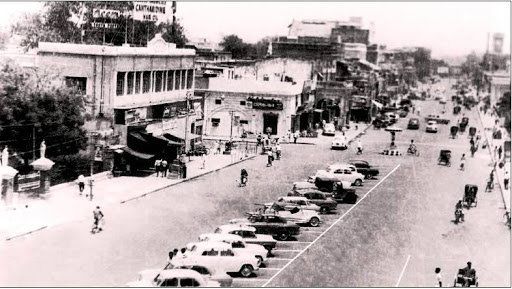 Formerly called 'Munawwar Baksh', this area adjoined major kothis and palaces that came into existence during the reign of Saadat Ali Khan, the builder nawab of Lucknow who is credited with the building of the Dilkusha Kothi palace and several other grand residence buildings. However, the area turned into a hub of economic activity only when the title was acceded by Nawab Nasir-Ud-Din Haider in 1827.

Nasir-Ud-Din was a man of refined taste and a flamboyant lifestyle which was the main reason he established Munawwar Baksh as the most elite market in Awadh, introducing China and Kaptaan Bazaars to the area, a marketplace which sold the finest of Chinese, Japanese, Belgian and European imported goods. This is when the area (now Hazratganj), gained its fame as the hub of everything rich, decadent and beautiful. While the nawab was poisoned in 1837, Munawwar Baksh was renamed to "Hazratganj", in 1842, to commemorate the then Nawab, Amjad Ali Shah, popularly called 'Hazrat'. 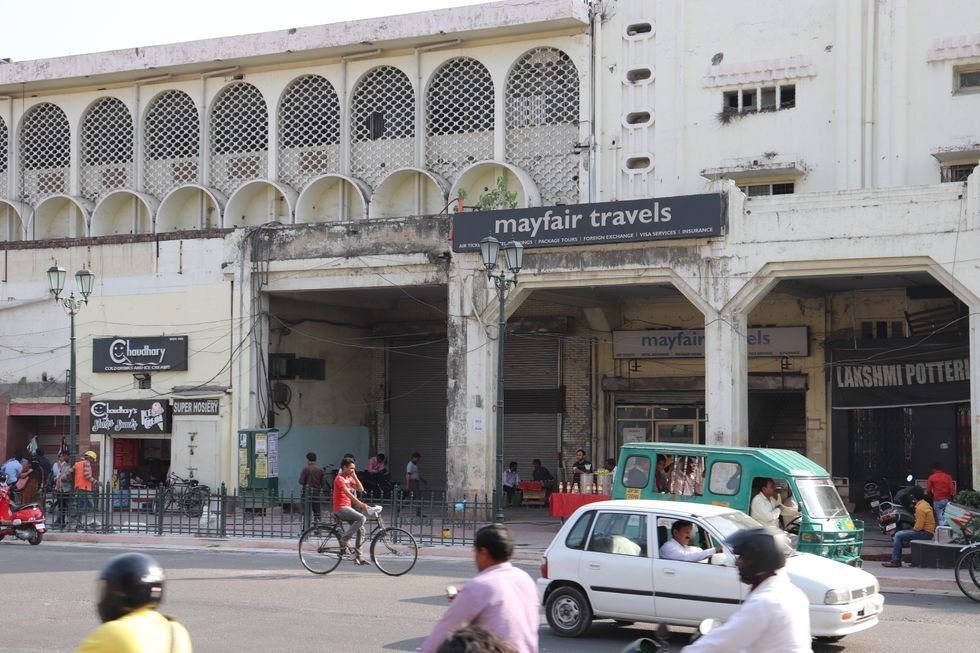 When the British recaptured the city after the 'Siege of Lucknow' in 1857, Hazratganj was cut off from the use of the residents of Lucknow and was kept solely for the entertainment of the British. It is here that the madams would come for a round in the finest of their carriages, where officers came for an evening of fun, where Mayfair gained popularity as the centre of cultural activity, a place where you came to be whisked away from reality.

The British did what they do the best, they let the exquisite Mughlai structures rot while new European facades covered buildings and every trace of Munawwar Baksh was lost to 'Hazratganj'. However, after independence the people of Lucknow reclaimed the hub even though the essence of it being one of the most posh, loved and unique markets remained with the citizens.

Hazratganj and the changes it saw in the post-Independence times 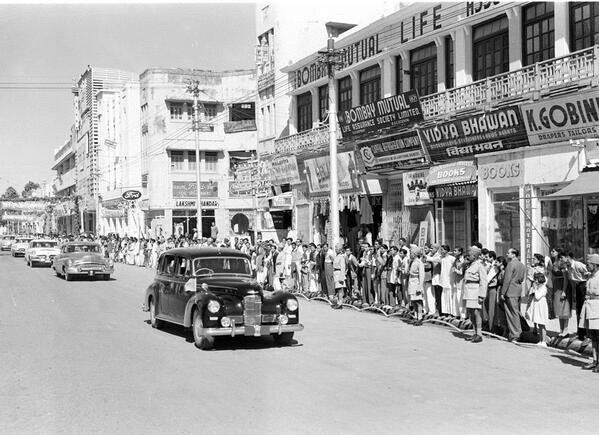 Hazratganj hence came to define everything the people of Lucknow had lost when the British came in- their calm, their Sham-e-Awadh. No time was lost in reclaiming this idea of Hazratganj a place where people came to simply be their splendid selves and enjoy all the worldly pleasures the place had to offer.

However, the old buildings were neglected long enough to have people question how has the heart of Lucknow turned so dreary. The renovations came in 2010 when building were coloured in uniform pink and cream, overhead wires tucked underground and all the hoardings of shops were changed into black and white. 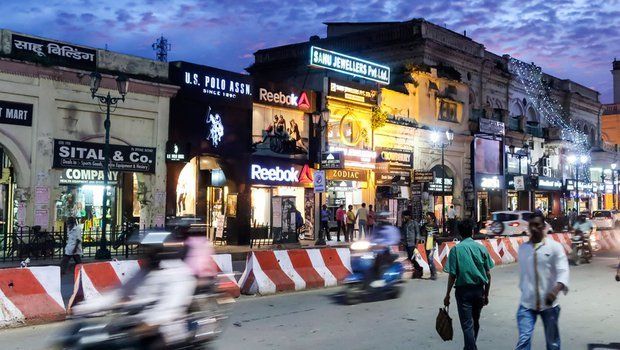 The clutter was taken care of and Victorian style lanterns adorned the lanes of Hazratganj. Evenings once again seemed to have slowed down and life a tad bit cheerier. While Hazratganj has not seen a huge change in the past 10 years except for the construction of the Hazratganj metro station and changing of the iconic Hazratganj Chauraha's (intersection) name to Atal Chowk in 2019.

Small renovations and constructions have today made Hazratganj the window to our glorious past and the resilience of Lucknowis to hold dear what is ours. Rushed afternoons here are filled with a bustling crowd jumping from one shop to the other, while evenings come to a slowed pace where people are huddled near pani puri shops eating, chatting, breathing slowly and living; essentially what 'Ganjing' is all about.

The story of Hazratganj is one that started a long time ago and even today Hazratganj is where Lucknow comes to unwind. 'Ganjing' as we so fondly call the mix of retail therapy and indulgence in good food has become the most fitting way to describe the unique beauty of Hazratganj, a place where life is full of splendour, relaxation and calm.

From Your Site Articles
Related Articles Around the Web
Lucknow